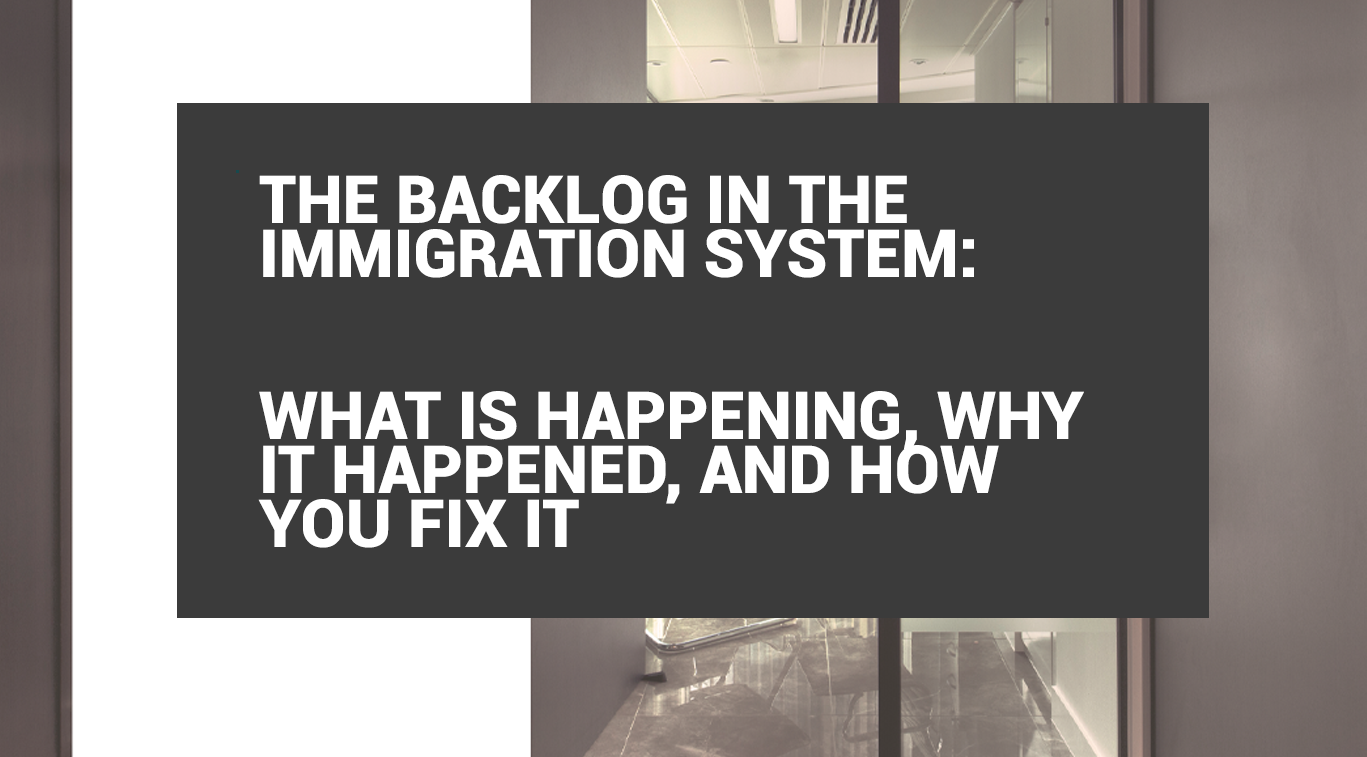 As we enter Suella Braverman’s third week at Home Office since she replaced Priti Patel in the first week of September, the new Home Secretary will doubtless have been fully aware of the department’s myriad of problems. One of the most pressing ones is the growing backlog of pending applications for visas and asylum. The numbers are simply astounding and threaten to completely overwhelm the Home Office. The backlog of pending asylum claims currently stands at 86,000, according to Amnesty International, and with the number of asylum applications currently growing, this figure could hit six figures very quickly. The backlog of applications from EU nationals seeking settled status, meanwhile, is estimated to be over 400,000. The Home Office publishes a list of the estimated waiting times for each visa application and the size of the backlog is reflected in those times.

If we break these down a bit more by category, it is taking an average of 6 weeks to process each new application for a work visa and 8 weeks for an extension. Meanwhile, people seeking to join their loved ones on a family visa are waiting for an average of 24 weeks for their first visa and 8 weeks for an extension. Those seeking settlement under the 10-year or 20-year-long residence route wait 11 months on average, and since the Home Office has no standard timeline for processing those applications, in theory, they can go on for years. Tourists and other visitors to the UK, as well as those applying for short-term study visas, get to wait 7 weeks for their visas, while students shouldn’t be expecting their visas to come through in less than 3 weeks. BNO status holders from Hong Kong face a 12-week wait for their visas, while Commonwealth citizens applying for ancestry visas usually get a decision in 3 weeks for their first application and 8 weeks for their extension. The average wait time for an asylum seeker to get a decision is 6 months, with many more complicated cases taking years to process.

It should be noted that these all refer to visa applications where no mistakes are made on the application form, no important information is missing and all the required documentation is submitted on time without needing doublechecking or verification. Any slight mistake can cause delays not factored into the above timeframes. Furthermore, these timeframes apply to straightforward cases where a yes or no answer to the question of whether to grant the visa is obvious from the start. More complicated applications requiring more scrutiny take much longer to process.

It is worth asking why it takes the Home Office so long to process all these visas. It should not take nearly two months to process a tourist visa, while student and work visas should be processed in a matter of days, not weeks. There is something causing this backlog and consequent long waiting times.

As is the case in countless areas of life, the legacy of the COVID-19 pandemic looms large. Since the relaxation of coronavirus restrictions, there have been large increases in visitor visa applications from people seeking to travel after a year and a half stuck indoors. Additionally, many in-person application events, such as interviews for asylum seekers, were postponed due to social distancing measures. This is reflected in the backlog of pending asylum claims, which has doubled since January 2020. Furthermore, biometric enrolment has become more difficult for many visa applicants as many biometric enrolment centres either closed down, have not reopened, or continue to operate at a reduced capacity due to the effects of the pandemic.

One of the repercussions of the pandemic was the loss of staff, particularly in frontline services and services operated by outsourced companies, who quit or were made redundant in the early stages of the pandemic, found other jobs, and the Home Office is now struggling to replace. This is also a part of a wider issue for the Home Office that is also responsible for the backlog, namely the lack of resources. Between 2010 and 2015, the Home Office budget was cut in real terms by 25% and it has not fully recovered from the repercussions of such a drastic reduction in resources. And while an under-resourced Home Office would have struggled with the number of applications in normal times, two more events greatly exacerbated the problem.

The first of those was Brexit, as, since the introduction of the Settlement Scheme for EU nationals, the Home Office has had over 6 million applications for Settled Status from people who had previously not needed to apply to the Home Office for a visa as their right to remain in the UK was guaranteed by EU law. If the UK had not left the EU, the Home Office would not have had to direct resources to regularise the immigration status of so many people.

The other event has been the war in Ukraine. With millions of Ukrainians fleeing the Russian invasion of their country, the UK government announced a relaxation of the immigration rules for Ukrainians and the creation of a scheme to allow them to settle in the UK and that they would be prioritising the settlement of Ukrainians in the UK above all else. While admirable, it has unsurprisingly created chaos in the system and has led to many people with visa applications already pending having to wait even longer for a decision.

A good way to start is to take the approach that if you are doing many things poorly, you should simply do fewer of them. One quick and easy solution that the government could implement practically overnight would be to allow anyone with a valid passport from a country currently at war, such as Ukraine, visa-free access to the country, as EU countries have done, and regularise their status further down the line rather than clog up the system all at once. While the UK government’s commitment to helping the people of Ukraine is admirable, the decision to insist that all Ukrainians seeking to come to the UK must jump through the Home Office’s hoops first was always going to cause the system to seize up.

One thing that the UK government did at the beginning of the Russian invasion of Ukraine was to ease up the rules for Ukrainians to come to the UK to join family members of theirs who are British citizens or who have Indefinite Leave to Remain in the UK. This is something that the Home Office could potentially do permanently and not just for Ukrainians. Rather than involving themselves with every relationship that crosses borders, the UK government could just allow automatic family reunions for everyone with a valid work visa.

This approach could be taken further and lead to an honest conversation about what governments can do well. Currently, immigration enforcement potentially reaches into every workplace, property transaction, university lecture, and life event of any note in the UK. Among other things, this is a bureaucratic nightmare that takes a lot of time and resources to maintain. An approach that would be less of a burden to the taxpayer and cause fewer problems for the people and organisations caught up in it would be for the government to focus on the things it can do well, such as enforcing statutory salary minimums and establishing social safety nets, and ensuring that migrants and refugees are well-treated and have the tools to settle and build lives for themselves, rather than insisting they know best when it comes to hiring decisions and peoples’ personal lives.