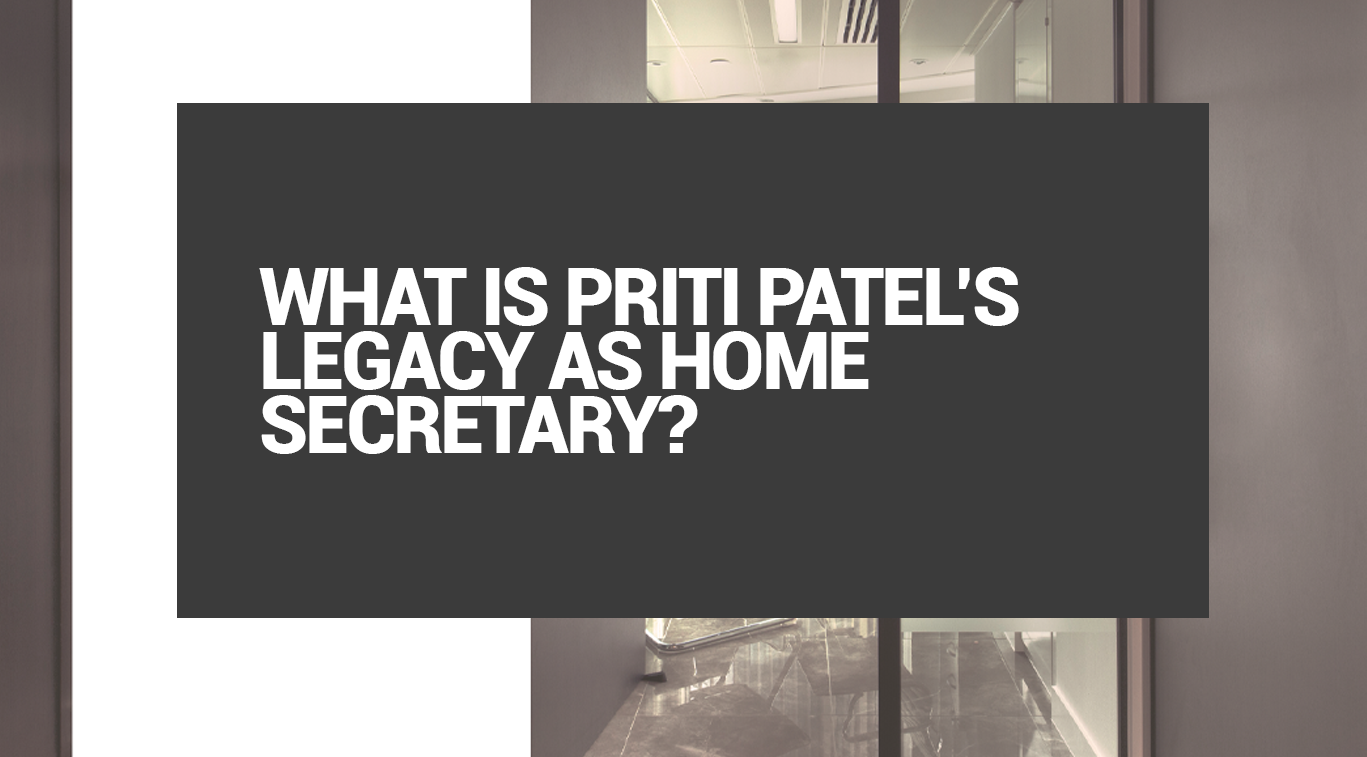 This past week saw an important change of the guard at the Home Office. Priti Patel, who had served as Home Secretary since June 2019, announced her decision to step down on Monday (5 September), in a letter addressed to outgoing Prime Minister Boris Johnson, whom himself resigned the next day in order for the new Conservative Party leader Liz Truss to be appointed Prime Minister. Patel’s tenure as Home Secretary overlapped with the UK leaving the European Union. As a result, she presided over the huge shift in the UK’s immigration system and policies that Brexit entailed. Patel has been one of the more notorious, not to say controversial, Home Secretaries in recent years and her immigration policies are a large part of that. But what did she actually do as Home Secretary? What were her policies and plans when it came to the UK’s immigration system? What is her legacy as Home Secretary, particularly when it comes to immigration?

The Home Office has a reputation as a department that does too much. As well as all aspects of immigration, asylum and citizenship policy, the Home Office is also responsible for policing, crime, national security, counterterrorism, drugs, alcohol regulation, and fire prevention and rescue. In most other countries, these responsibilities would be spread across at least two, often more, different ministries. Despite this wide range of responsibilities, however, Priti Patel started her tenure by making it clear that she considered immigration, and specifically reducing the rate of immigration, as her main priority. She maintained this stance throughout her three years in office.

This stance was partly a reflection of the political situation of the UK at that time. When the UK left the EU in January 2020, it meant that changes to the UK’s immigration system were coming. Leaving the EU meant that the EU policy of freedom of movement no longer applied to the UK, so the UK government was always going to need to introduce something to govern how EU nationals could come to the UK. While not an obligation, it always seemed likely that the new immigration system for EU nationals seeking to enter the UK would be more restrictive and stringent than the total freedom that had come before. As Home Secretary, it was the job of Priti Patel to introduce and implement these new policies and was therefore a perfect springboard for wide-ranging reform of the UK’s immigration system.

The biggest change she oversaw has been the introduction in 2021 of a Points-Based System (PBS), under which anyone coming to the UK for work must meet a specific set of requirements, for which they will score points. Visas are then awarded to those who gain enough points. Alongside the mandatory requirements of a job offer at an appropriate skill level and the ability to speak English, points are scored based on the size of the salary on offer, the applicant’s level of education and whether the job on offer has been designated as an occupation with a shortage of workers. A PBS had already been in force for visa applicants from outside the UK prior to 2021, however, the new system applies to everyone who does not already have the right to work in the UK. A PBS had long been seen as a way of reducing the number of economic migrants coming to the UK; it should be noted, however, that the number of people coming into the UK to live and work has increased since the departure from the EU.

Patel also made it clear that she would prioritise a reduction in the number of people coming to the UK to seek asylum and humanitarian protection. New laws and rules have been implemented to close down existing safe and legal routes for people to enter the UK to claim asylum, while simultaneously there has been a series of punitive laws to criminalise and jail those who use alternative routes to enter the UK to seek asylum, such as those who cross the English Channel in small boats. These measures have not had a deterrent effect, however, as the number of people arriving in these small boat crossings has increased from a couple of hundred to several thousand during Patel’s tenure as Home Secretary. Her plan to send people crossing in small boats to Rwanda has met with significant backlash from NGOs and civil society groups and is currently awaiting judgement on its lawfulness in the High Court after initial flights were grounded by court order. This has all been accompanied by a huge backlog of pending asylum claims, which has grown from 29,233 at the end of 2019 to 73,207 by April 2022. The backlog includes the over 12,000 Afghans who fled the Taliban takeover of Afghanistan in the summer of 2021 and are currently stuck in hotels awaiting a decision from the Home Office. Similarly, the scheme to settle Ukrainians fleeing the Russian invasion of their country in the UK has been rife with delays and confusion several months on from its initial chaotic rollout.

Interestingly, there has also been an increase in the success rate of asylum claims, with 76% of initial applications being successful and a further 50% of refusals being overturned on appeal, which is the highest rate in 30 years. It should be an immense source of pride to the Home Office that it is providing sanctuary to those in need of protection, although Priti Patel did not mention the increase in successful asylum applications in her list of accomplishments in her resignation speech. Furthermore, Priti Patel’s tenure as Home Secretary did not solely consist of numerical increases in regard to immigration policy. The number of foreign nationals who have been convicted of criminal offences being removed from the UK has decreased sharply in the past three years, while the number of enforced and voluntary returns has halved in the same time period.

Finally, while the Windrush scandal did not occur on her watch, Patel has overseen the Windrush Compensation Scheme that offered compensation to those who suffered losses as a result of not being able to show they had the right to live and work in the UK, even though they had that right. In November 2020 the most senior black civil servant running the scheme resigned while describing the scheme as racist and not fit for purpose, while in November 2021 a report from the House of Commons Home Affairs Select Committee found that at least twenty-three eligible people had died without receiving compensation and only an estimated 5% of Windrush victims had received compensation. Reports from the National Audit Office and the House of Commons Public Accounts Committee recommended that implementation of the scheme should be taken away from the Home Office and reassigned. It has been reported that Patel herself did not consider the successful implementation of the scheme to be a high priority for her and the Home Office.

In her resignation letter, Priti Patel said it had been the “honour of my life” to serve as home secretary. What she has left behind is a backlog of pending applications that is much bigger than when she began her tenure and keeps getting bigger, increased delays in decisions on visa applications, the precise opposite of her stated aim to reduce the numbers of migrants and refugees, a failure to fully implement the Windrush Scheme and a Rwanda policy that even King Charles III has reportedly expressed his opposition to. We shall have to wait and see whether the new Home Secretary, Suella Braverman, will maintain the current Home Office status quo or will seek reform and how Priti Patel’s tenure will be seen in the future.