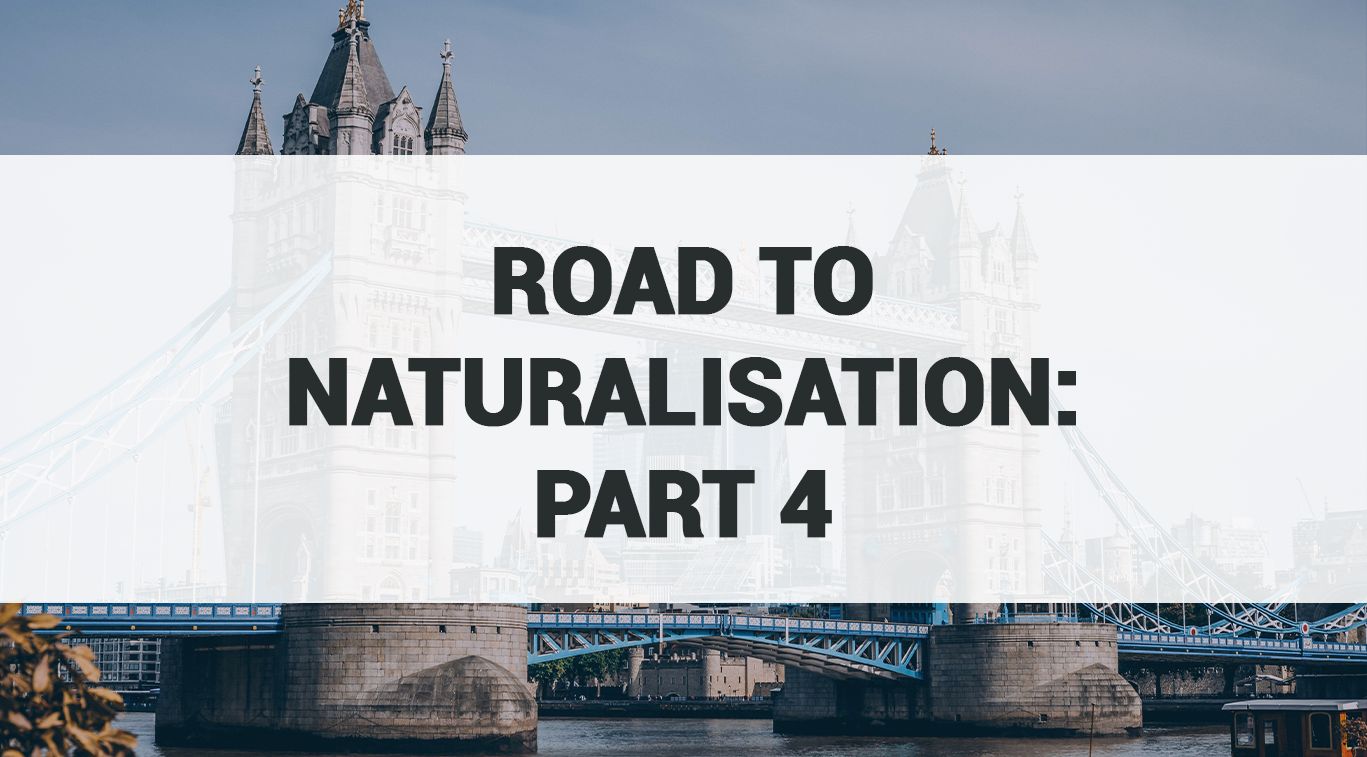 The Life in the UK test is the newest part of the road to British Citizenship as it has only been a requirement for naturalisation since November 2005 and had no equivalent before then. Inspired by the citizenship test used by the United States of America for prospective US citizens, it was introduced to ensure that potential British Citizens had sufficient knowledge of the history, culture and way of life of the UK. It is also a requirement for people applying for Indefinite Leave to Remain (ILR).

The test consists of 24 questions, takes place online, and lasts 45 minutes.  The pass mark is 75% or more, meaning you need to answer at least 18 of the questions correctly to pass. The test covers several topics relating to British history, traditions, culture, values and everyday life. Even though it is an online test, you will have to take it at a testing centre so that your ID can be confirmed and you can take it in the allotted time without cheating. It costs £50 to take the test, and you can sit it as many times as it takes to pass, although you will have to pay for each retake and you will have to leave a gap of at least seven days between each sitting. If and when you pass, you will receive a pass notification letter, which must be sent with the rest of your application for naturalisation. If you passed the test when you applied for ILR, you do not have to retake the test, but you will still need to submit the pass notification letter again.

The questions are all multiple-choice. They are not, however, all the same type of multiple choice. There are instead four different types of question.

One of these is the classic multiple-choice question, where you are given four possible answers to a question and must choose the one you think is correct. An example would be:

Belfast is the capital of which country of the UK?

There is only one correct answer to that question (in this case, it is D. Northern Ireland), so you only get to submit one answer.

Another type is similar to the above, except you must choose two answers to the question. An example would be:

Which TWO Oscar-winning actors are British?

The two answers to this are A and C, as B and D are not British actors.

You will also get True or False questions, whereby you are presented with a statement, and you must answer whether you believe it to be a true statement or not. An example would be:

The UK is a member of the European Union.

As the UK left the EU in January 2020, this statement is false, and you should mark it as such to get the question right.

Finally, you may also get Either/Or questions, which are similar to the previous style of question. The difference is that instead of one true or false statement, you are offered two contradictory statements, and you must choose which one is the correct answer. An example would be:

Which of the following statements is correct?

You would select the one you believe is correct (in this case, B) to answer this question.

The test covers a wide array of subjects. You will need to know the countries which make up the UK. There will be questions on significant events and people in UK history, starting with ancient Britain and then covering the Medieval era, the Tudors and Stewarts, the British Empire, the 20th century and post-war Britain. You will have to learn about aspects of life in the UK today, such as religion, customs and traditions, sports, arts, culture and important landmarks. Finally, it is essential to be educated about the UK’s system of government and the citizen’s role, which covers the development of British democracy, the constitution, the government, national and international institutions, the rule of law and the role of individuals in society. Most of the subjects in the test are not common knowledge and require study (yours truly has taken four practice tests and passed all of them, but had the benefit of a university education in history and law. And I still got several questions wrong and a few lucky guesses).

As the previous paragraphs show, the Life in the UK test is not a mere formality, and it is easy to get questions wrong. Due to the high pass mark, it is essential to get as few questions as possible wrong so as not to risk failing. You do not get an awful lot of time to complete the test, so it is essential to be able to know as many of the answers as possible so that you do not waste time on easier questions. A few problematic or curveball questions can easily ruin your results. With that in mind, here are some tips to help you pass the test:

There is an official handbook published by the Home Office called Life in the United Kingdom: A Guide for New Residents. You are strongly recommended to read this carefully, as the material in the test is contained in this handbook. You can purchase this at the TSO Shop (the official vendor) but also at most good bookshops in the UK or Amazon. You can also find other official publications, such as a Practice Questions and Answers Book, a Study Guide, and a Practical Guide to Living in the UK. The practice test book is likely to be very helpful in particular. Taking as many practice tests as possible is a great way to learn exam techniques and familiarise yourself with the style of questions. All these publications are available as hard copies but also can be bought as PDFs, eBooks and audiobooks. There is also an App that you can use to study and practice on. You can also find third-party websites and publications that will offer assistance with looking for the test.

Make sure you answer the question in front of you, not the one you think you have been asked. For example, in Either/Or questions, ensure you have been asked to select which answer you believe to be true before choosing the one you think is true. It is always possible that the question will ask which statement you believe to be false. Or you may be asked which of the four answers is not correct. You would not want to fail the test due to giving an incorrect answer to a question where you knew the right answer but misread the question.

While you do not have too much time to complete the test, it is important to give yourself the time to read the question and properly think about the correct answer. Some questions may confuse you at first glance, but when you think about it for a minute or so, it may become clearer what it means. If you are struggling with some questions, it may be wise to leave them and return to them later after you have answered easier ones.

This is a very subjective piece of advice, and it will depend on how you find it easiest to study, but it may be a good idea to learn in a group. If you know anyone taking the Life in the UK test, try arranging group study sessions. It may be a good way to help each other identify weaknesses or gaps in your knowledge and push each other to study hard. You can discuss the topics with each other and talk through things you struggle with or do not understand.

While the question setters are not trying to trick people or catch anyone out, many of the questions will use words that are unusual or have different meanings depending on the context, so there must be as little chance as possible of you failing the test due to not understanding certain words in a question or answer. The best way to prepare for this is to list all the words or sentences you do not understand when reading your test handbook or doing practice tests and then look them up afterwards. As well as helping you with the test, it will help you in your day-to-day life in the UK.

It would be wonderful to get all the exam answers correct and breeze through it in 10 minutes. Life, however, doesn’t always work like that and chances are you will struggle with a question or two, either because you are unsure of the answer or don’t understand the question. You may also submit an answer you suddenly realise is wrong when you can no longer change it. These things happen. What is important is not to let this get to you and to carry on without panicking or disheartening. As long as you get 18 correct answers, it doesn’t matter if you got one or two wrong that you should have answered correctly. There is no difference between passing with a perfect score and passing with the minimum required. You are more likely to get others wrong if you lose heart over one mistake. And even if you fail, you can keep taking the test until you pass. Yes, that is annoying, but it is not the end of the world.