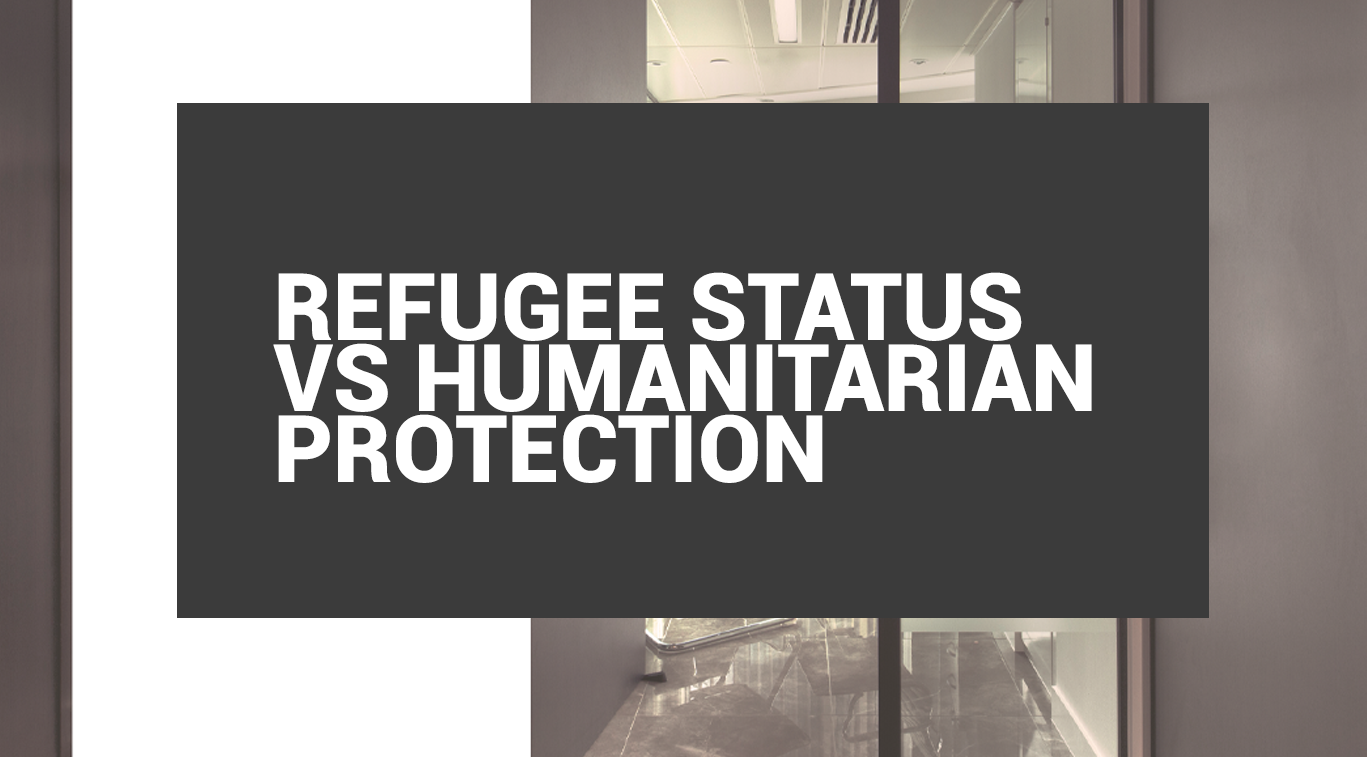 Both the war in Ukraine and the UK government’s controversial plan to relocate asylum seekers to Rwanda have brought asylum and Refugees to the forefront of political discourse in the UK. The word ‘Refugee’ is often used as an umbrella term for people fleeing violence and seeking asylum, however many of those people will not be granted official Refugee Status but instead will be given Humanitarian Protection, which is something entirely separate. With that in mind, what exactly are the differences between Refugee Status and Humanitarian Protection, and is one superior to the other?

Refugee Status and Humanitarian Protection are both forms of international protection granted to people seeking asylum. In the UK they both come with the right to work, study, use the NHS, and access other public services (including welfare and benefits). It is also not up to those seeking asylum to decide which they apply for – the authorities choose which to grant. However, they come from very different sources and are governed by very different legal instruments and frameworks. This means that there are substantial differences between the two, which is why it is important to know the difference between them.

Conspicuously absent from the definition, however, were people fleeing armed conflict. It

Refugees (UNHCR) that the 1951 Convention did not cover everyone fleeing wars: to be considered Refugees, they would need to prove something over and above the fears inherent in an armed conflict that was unique to them or a group they were a part of and not felt by everyone. This approach has been upheld by the courts in most countries that are signatories to the Refugee Convention, including the UK. In the following decades, particularly from the 1980s and 1990s onwards, there were increasing calls for either a reform of the definition of Refugee or for an alternative category of protection as the growing numbers of people fleeing civil wars made it obvious that something needed to be done. In 2004, the EU introduced Directive 2011/95/EU of the European Parliament and of the Council (AKA the Qualification Directive) that created the category of Humanitarian Protection (called Subsidiary Protection in some EU countries). To qualify for Humanitarian Protection, according to Article 2(f), a person must be at risk of serious harm in their country of origin. Article 15(c) defines serious harm as a “serious and individual threat to a civilian’s life or person by reason of indiscriminate violence in situations of international or internal armed conflict.” This has allowed EU countries to have an alternative way of offering protection to people fleeing armed conflict who do not meet the narrow definition of a Refugee. Most notably, a large number of people who arrived in Europe after fleeing the wars in Iraq and Syria were given Humanitarian Protection rather than Refugee Status.

Although the UK has since left the EU, Humanitarian Protection has remained on the statute books, albeit with some changes, and the method of granting it has remained the same in principle. When someone makes a claim for asylum in the UK, the Home Office will assess whether the person qualifies for Refugee Status, the criteria for which can be found in Paragraph 334 of the Immigration Rules. If they meet the criteria, they will be granted either Refugee permission to stay or temporary Refugee permission to stay (more on that later). An asylum seeker that does not qualify for Refugee status will then be considered for Humanitarian Protection. The criteria for Humanitarian Protection are found in Paragraphs 339C and 339CA of the Immigration Rules, but they are practically the same as those described in the Qualification Directive.

As stated at the beginning, those residing in the UK with Humanitarian Protection have the same rights as those with Refugee Status when it comes to work, study, and access to public services. So what are the differences?

Before 28 June 2022, there was practically no difference. One difference that still exists today is that if the Home Office wishes to overturn the Refugee Status of a person, they are obliged to notify the UNHCR, who are then given the opportunity to present their views on the case and the Home Office must take those views into account when making a final decision. There is nothing like that with Humanitarian Protection. While for most people with either Refugee Status or Humanitarian Protection this difference has a little practical effect, it is perhaps symbolic of the more vulnerable status of the latter.

The main practical difference, which also still exists, back then was that those with Refugee Status in the UK are entitled to a Refugee travel document issued by the Home Office that could be used as a passport to come in and out of the UK. Those with Humanitarian Protection must instead use their country of origin’s passport or a certificate of travel issued by the Home Office. The Refugee travel document is accepted by any country in the world that has signed up to the Refugee Convention, whereas the certificate of travel is only accepted in a few countries. Furthermore, while Refugees are automatically entitled to their travel documents, the certificate of travel is only issued if the applicant can prove they cannot get a passport for their country of origin.

For most people in either category, both Refugee Status and Humanitarian Protection have the same rights and privileges, and there is still an important role for Humanitarian Protection as it has proved to be a life-saving safety net for thousands of people fleeing horrific violence who do not qualify for Refugee Status. There is no denying that Refugee Status provides for more long-term safety and stability. This was already the case before 28 June 2022, so the fact there are now more practical differences than before makes this even clearer.

Convention Relating to the Status of Refugees of 1951