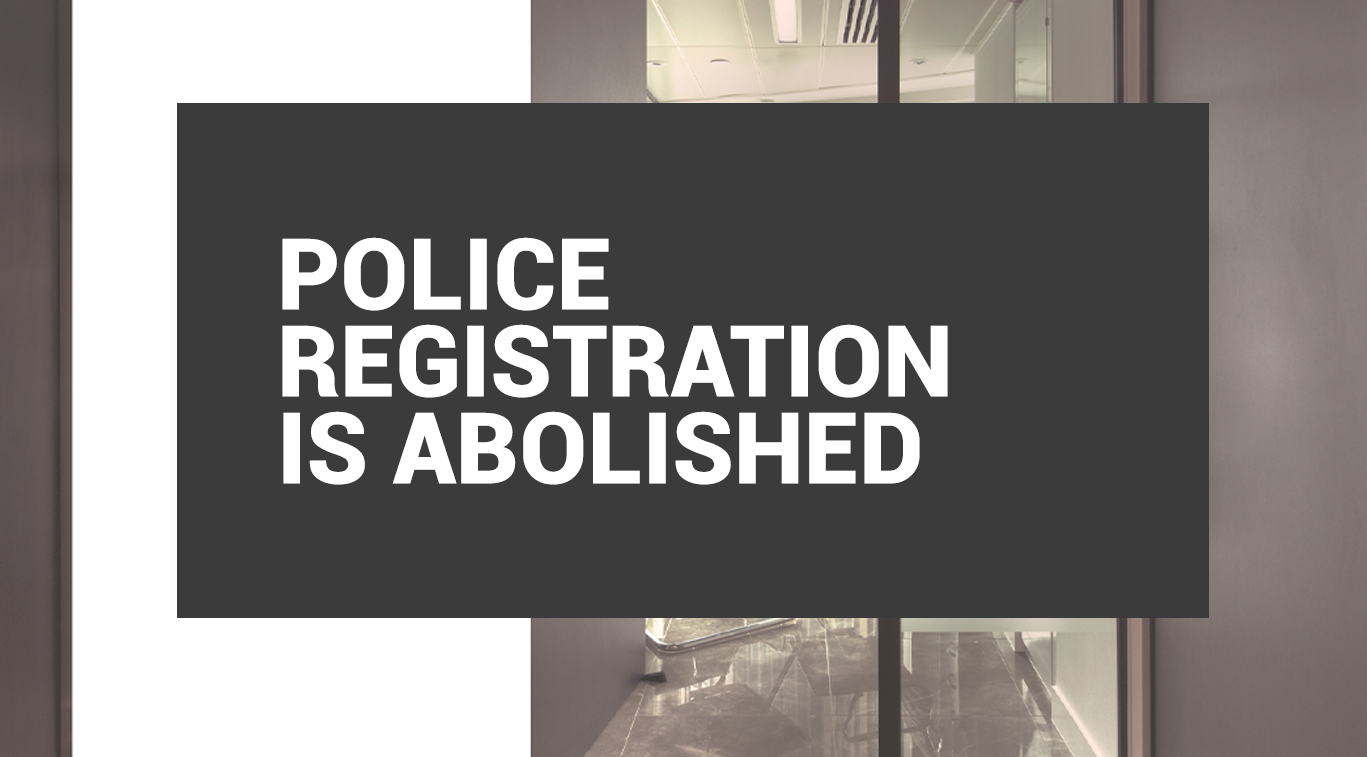 The UK government is scrapping the scheme that required certain foreign nationals in the UK for more than 6 months to register with the police. While this makes life easier for UK visa holders, it is likely that the Home Office has already given their information to the police, due to the increasing amount of personal data visa holders being stored digitally.

On Thursday 4th August 2022, the Home Office quietly scrapped the Police Registration Scheme, with immediate effect. Under the scheme, citizens of certain countries with visas allowing them to be in the UK for longer than six months were required to register with their local police force as part of their immigration conditions. They were obliged to provide all their personal information, including their address (and place of study if they were students), and pay a fee to do so. Failure to fulfil this requirement could have affected their ability to remain in the UK, particularly if they wanted to extend their visa.1

Although at the time of writing neither the Home Office or the government has officially announced the scrapping of the scheme or amended the legislation underlying it, the page on the Home Office website that contained the guidelines of the scheme now states that “The police registration scheme ended on 4 August 2022. You no longer need to register with the police. This page is currently out of date.”2 Furthermore, numerous news outlets have been reporting the story since Monday.3

The Home Office did however issue a public notice, alongside the National Police Chief’s Council and Counter Terrorism Policing, which confirms that:

• Visa holders already in the UK who have not yet registered or have been waiting for an appointment to register no longer need to;

• People who have been issued with a visa that required them to register with the police but who have not yet travelled will either have their visa reissued with the requirement removed if possible. If not possible, the Home Office will seek to notify them of the change before they travel to the UK;

• From now onwards, successful visa applications will be issued without the requirement to register with the police;

• Foreign nationals who arrive at a police station seeking to be registered will be told they do not have to;

• People who are in the UK already will not have their visa or BRP amended to reflect the removal of the requirement, but they do not have to keep their police registration certificate or to inform the police of any changes to their personal circumstances. They will however have to report certain major changes (such as a change of address, changing your name, etc) to the Home Office;

• Proof that they have complied with the requirement in the past will no longer be necessary for future visa applications or applications to extend or renew visas; and

• There will not be a refund for people who have already paid the registration fee prior to the scheme being scrapped.

Before anything else is said, it must be stated that the requirement for nationals of those countries to register with the police being scrapped will make life easier for thousands of people who had done nothing wrong and will improve their experience of being in the UK. It will also be an incentive to apply for a UK visa for people who may have been put off from doing so by this policy. It was a needlessly stressful and time-consuming process. Furthermore, the criteria used to decide which nationalities were required to register with police was a secret the Home Office guarded closely, so it could never be ascertained what the basis for each country’s presence on the list was.

Additionally, a combination of the COVID-19 pandemic and years of cuts in police budgets had created an enormous backlog, meaning that many people had been having to wait for over a year for an appointment. Even on its own terms, the scheme was not fit for purpose. The scheme itself was introduced in 1909 in the midst of an environment of paranoia about the possibility of Britain being infiltrated by German spies and secret agents that gripped the UK in the years leading up to the First World War. This history shows how outdated and misguided the scheme was.4

The coverage of the news has been mixed. The Daily Mail, a publication that advocates strict immigration policies, was critical of the scheme being scrapped and reported the story with the headline “Police checks on Russian and Chinese nationals are AXED”. The article cited an unnamed immigration expert who claimed that the information gathered from foreign nationals registering with the police to be “important intelligence” and described the scheme being scrapped as “lunacy” and as having “no thought for public safety”.5 On the other hand, publications and organisations that are supportive of the rights of migrants and foreign nationals, especially those representing international students such as UKCISA6 and ProtectED7, have been supportive of the ending of the scheme.

It would, however, be wise to stay vigilant and attentive to what the government is doing in this regard, as often these kinds of changes can be a case of “one step forward, two steps backwards).

Data sharing between the Home Office and the various UK territorial police forces for the purposes of immigration enforcement, while not legally required, has been commonplace for the best part of a decade.8 It is very possible that the scheme is being scrapped because the police already have access to Home Office data on foreign nationals in their area. If so, this would be part of a trend away from immigration matters being handled face to face and towards digitisation of the immigration system. The Home Office keeps updating their ‘UK Immigration: ID Check’ app so that more types of UK visa applications need to be done on there, while biometric data is increasingly being captured on smartphones.9 From 2023, everyone coming into the UK will be required to holdan electronic travel authorisation (ETA) before they arrive.10 With more and more information about people coming to the UK being stored digitally, it becomes easier for different government agencies to share that data with each other as it easier to transfer large amounts of it and it is easier to search through.

The police registration scheme being scrapped is good news and will make both the process of applying for a visa for the UK and the experience of being in the UK on a visa less difficult for those applying or thinking of making an application. It should, however, remembered that this is likely an efficiency measure rather than a change in policy and should be treated as such. It should also be seen as part of a trend towards digitisation of the UK visa process. Going forward, people thinking about applying for a UK visa should assume that more and more of the process will be done online and should familiarise themselves with the online application process and get used to their smartphone being a vital part of how they deal with the UK government and the immigration authorities.