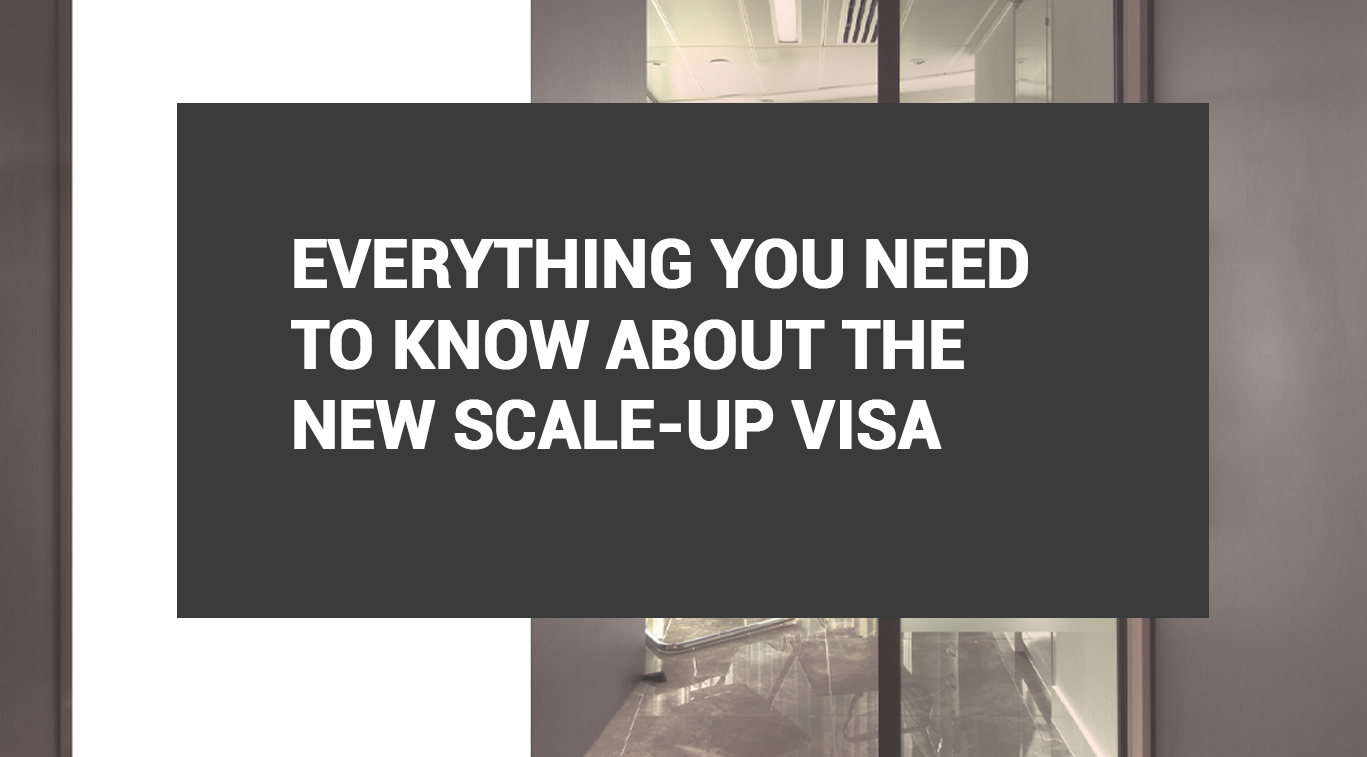 On 22 August 2022, the UK government launched a new visa system that provides fast-growing businesses with a quick and easy route to accessing highly skilled individuals from across the globe and bringing them to the UK.

The Scale-Up Visa allows businesses demonstrating impressive growth to employ highly skilled individuals who will receive leave to remain in the UK for two years without requiring further sponsorship or permission beyond the first six months. After those first six months, the visa-holder can continue to work for the same employer, can leave and get another job or become self-employed as the visa no longer needs a sponsor.

The rationale for the Scale-Up Visa is that it will provide growing UK businesses with a cheaper, faster and less bureaucratic route to access global talent and will offer greater flexibility to both the employer and the employee.

For businesses to be able to sponsor an individual for a Scale-Up Visa, they will need to have achieved growth of at least 20% in either turnover or employment in the previous three years. They also need to have employed at least ten people at the start of those three years. For workers seeking to apply, they need to have received a confirmed job offer that is skilled to graduate level or more and a certificate of sponsorship from an approved employer that pays at least £33,000 per year, £10.10 per hour or the ‘going rate’ for the type of job in question (whichever of these three is highest). The job must also appear on the Home Office list of eligible occupations. They also need to meet English language requirements and the visa contains a requirement to show you have sufficient resources (usually at least £1,270) so that you will not need to rely on public funds. The visa can be extended for a further three years after the two years without the need for a sponsor and provides a route to settlement for holders. The application fee is £715, plus the healthcare surcharge.

The advantages of the Scale-Up Visa to those holding the visa are clear. The flexibility of the visa will give highly skilled individuals the opportunity to come and work in the UK without being tied down to one employer or going through the bureaucratic nightmare of having to switch employers. After the initial six months, they will be free to seek out jobs that work best for them, regardless of whether the company in question is able to sponsor them. Alternatively, they can go down the self-employed route and become a freelancer or set up their own business if they wish to. The visa also provides a route for holders to bring their partners and children with them so that at the end of the visa they will have the freedom to choose whether to leave or whether to extend and ultimately settle in the UK, as the visa also provides a route for settlement.

One downside for visa holders though is that while they are ostensibly free to take any job they want after the first six months, in reality, they are likely going to have to take work that at least matches the skill/qualification level of their last job and that pays at least the aforementioned minimum salary. If a visa holder falls beneath either threshold, they will not be able to extend their visa after the initial two years. Given that these wage levels are above both the minimum salary for those on Skilled Worker Visas and the UK median wage, this could have the effect of restricting visa holders’ freedom to choose, especially when it comes to those who wish to switch to being self-employed (more on them later).

From the perspective of employers, there is much to like about the Scale-Up Visa. Compared to the Skilled Worker visa, it allows for a greater degree of flexibility for employees to take on different roles and have a less strictly defined position within a company. There is no charge for the licence to sponsor a Scale-Up Visa, unlike the existing UK Visas and Immigration (UKVI) sponsor licence which can cost up to £5,000 for a five-year visa. The speed of the visa is also attractive, as this is a fast-tracked process and a new application should be approved in three weeks at most. Finally, the lack of sponsorship after six months removes a lot of the bureaucracy that businesses employing people from outside the UK often have to contend with.

There is, however, an obvious downside for employers. The flexibility of the Scale-Up Visa means that sponsors will be at risk of losing talented employees after only six months. In a highly competitive job market, retention of non-fungible employees can be a high priority for many businesses and the lack of security that the Scale-Up Visa offers employers compared to a Skilled Worker Visa may discourage many businesses from offering to sponsor people under this new route, at least in the short-term. Furthermore, while the Scale-Up Visa provides less bureaucratic hassle over the long term for employers, proving that the company meets the requirements of at least 20% growth in either turnover or employment in the previous three years may be too much of an administrative burden for many businesses. Finally, employers must pay visa holders on a monthly basis under PAYE. This could prove troublesome in particular for businesses and sectors where incentive/performance-based pay is more common, as well as in cases where earnings are impacted by unpaid absences not covered by statutory protections.

This may lead many to conclude that the businesses standing to benefit the most from the Scale-Up Visa will be those that employ visa holders who have already completed the first six months of the visa and are free to work anywhere else, as it seems like they will reap the same benefits without having to deal with any of the downsides. This will largely depend, however, on whether the visa holders in question want to extend their visas or not. If they do, then those employers will have to ensure they are offering jobs and salaries that match the requirements of the visa if they wish to attract and retain talent as although compliance with visa requirements is the responsibility of the visa holder, a potential employee turning down a job opportunity as it does not comply with the criteria for their visa to be extended or an employee having their extension refused will have an impact on their business.

Of course, whether they stay with the same employer, find a new one or go down the self-employment route, many holders of Scale-Up Visas will want to stay beyond the two-year term. While the first application requires sponsorship, when it comes time to extend the Scale-Up Visa there is no need for a sponsor. All that is required is to show that you have previously been granted a Scale-up Visa and that you had monthly PAYE earnings in the UK equivalent to at least £33,000 per year during at least 50% of your two years on the Scale-Up Visa. The stipulation that only earnings via PAYE are weighted and self-employment income is disregarded is very restrictive and makes it hard for self-employed people to extend their visas. It will remain to be seen whether the government maintains this strict requirement or loosens it at a later date.

Despite the potential issues and red tape outlined above, we should see the Scale-Up Visa as an interesting and exciting opportunity for people seeking to apply for a UK visa, especially those with advanced degrees and high-level skills. It will also be interesting to see how Scale-Up Visas are received by both employers and employees. It is possible that having the option to sponsor a Scale-Up Visa becomes an important recruitment tool for companies seeking to attract top talent and that highly skilled workers will see the flexibility of having a Scale-Up Visa as a crucial factor when considering job offers.

The Scale-Up Visa was created with the intention of enticing the top talent from across the world to come to the UK. Time will tell whether it will be able to help the UK maintain its status as a leading international business and technology hub post-Brexit.