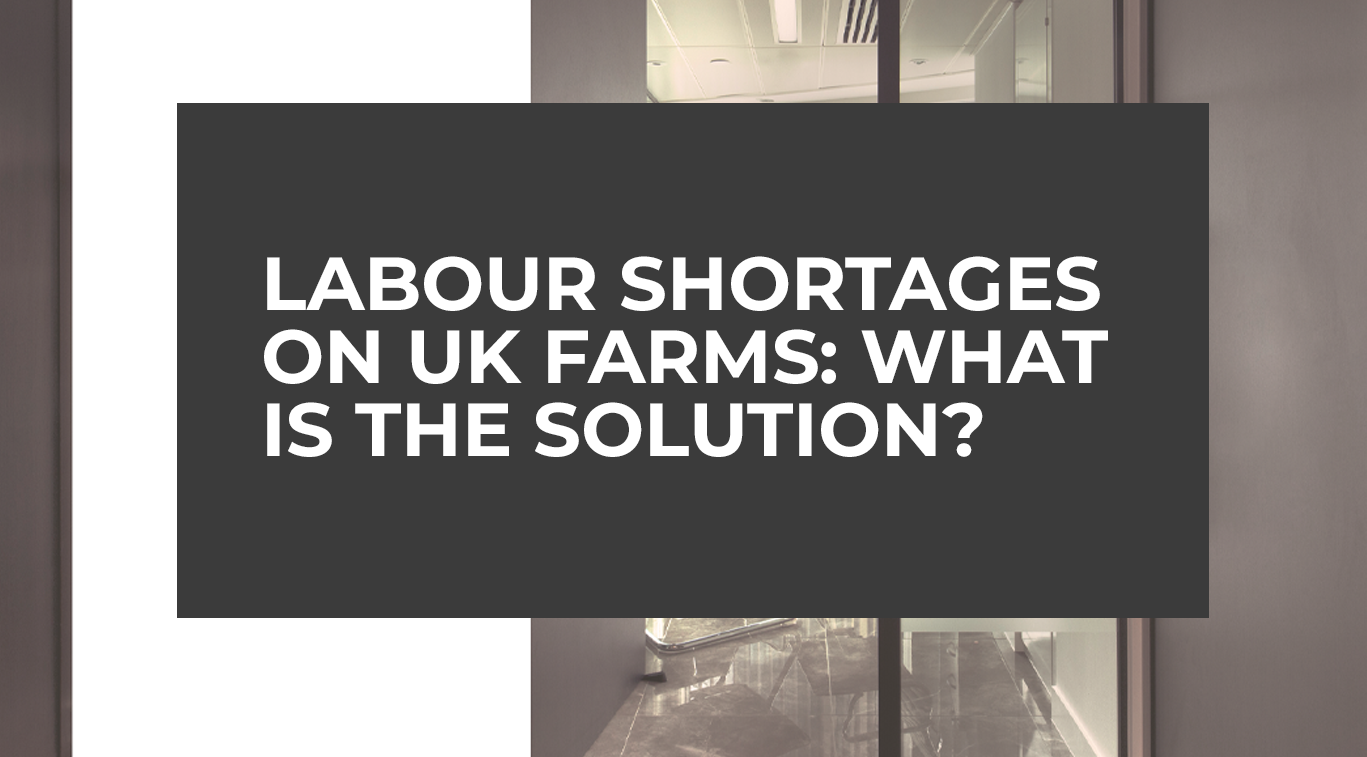 If you have ever felt guilty at having to throw away fruit and veg because you forgot to eat it before its use by date, then it turns out you have more in common with the British agricultural sector than you may have realised.

On Monday 16 August 2022, a report from the National Farmers’ Union (NFU) revealed that an estimated £60m worth of produce was thrown away this year because of a lack of fruit and vegetable pickers. The report, based on a survey conducted by the NFU, shows that tens of millions of pounds of fruit and vegetables is being left to rot on farms due to labour shortages. The report stated that on average farms were operating with 14% fewer workers than they needed, and this was before you added on the effects of workers not turning up or leaving early. The estimated that, due to the labour shortages, 56% of farms have seen production fall in the last year (averaging at a 19% fall across the industry) and as many as 40% of farms have suffered crop failures.

This comes amidst a cost-of-living crisis fuelled by inflation, with NFU deputy president Tom Bradshaw saying: “It’s nothing short of a travesty that quality, nutritious food is being wasted at a time when families across the country are already struggling to make ends meet because of soaring living costs.” Just as worryingly, fruit and vegetable farmers are expecting this problem will only get worse and are anticipating a further drop of 4.4% in 2023.

Before 1 January 2021, when EU rules and laws ceased to apply in the UK following the end of the transition period that came after the UK’s departure from the EU on 31 January 2020, British farms relied on workers from different parts of Europe coming to the UK under the EU freedom of movement rules to pick fruit and vegetables during the harvest season. Since then, farms have struggled to find an alternative source of workers, as the government introduced tough new immigration rules on low-skilled workers.

To deal with these labour shortages, the government created the seasonal workers scheme, which offers short-term visas to those who wish to come to the UK to work in horticulture for up to six months. Up to 38,000 visas have been made available under this scheme, however these numbers are clearly insufficient as the farming industry alone says it needs at least 70,000 more workers to plug the current shortages. Furthermore, in 2021 around two-thirds of those who came to the UK to work as pickers on seasonal worker visas were Ukrainian. As a result of the Russian invasion of Ukraine in February 2022, however, all Ukrainian men are now forbidden from leaving Ukraine as they are required for military duty.

With this reality in mind, it is clear that the seasonal worker scheme does not work for anyone involved.

Additionally, there have been calls to reform the structure of the seasonal worker visa so as to allow visa holders to come in and out of the UK on a rolling basis for at least five years. Many advocates believe that would help rid the sector of some of the uncertainty over labour shortages and allow for more long-term planning and investment. It would also do the same for visa holders, as the increased security of holding the visa for five years would allow them to also make long term plans.

Along with expanding the number of visas available and extending their length, many of the restrictions on Seasonal Worker visas should be loosened or eliminated. Visa holders currently are not able to take a permanent job, a second job that is not already specified in the certificate of sponsorship, bring family members with them or switch to another visa while in the UK. Seasonal workers should be allowed the option of seeking a second job either as a supplement to their horticultural job or as alternative employment during the off-seasonal period (or indeed both).

This flexibility would effectively allow people who planned to apply for the visa to decide for themselves whether it should be a temporary visa or not, on a case-by-case basis.  Visa holders would be able to decide whether they would prefer to spend a few months every year working in the UK in horticulture or agriculture and spending the rest of the year elsewhere, or live in the UK for the whole year and pursue other avenues of work during periods of the year when farming work is not available. In order for workers to truly have the option of remaining in the UK for the duration of their visas, they would have to be allowed to bring at least their immediate family with them, which would allow them to truly settle and build better lives for themselves in the UK. Those who choose settle for the duration of the visa should then be allowed to apply for Indefinite Leave to Remain in the UK at the expiration of their visa, as they will have been in the UK for the required five years to qualify for it.

There should also be more awareness on the part of government on what it can and cannot do well. At present, the approach of the UK government to this issue is that it knows the employment needs of the farming sector better than the farming sector itself. Instead, they should concentrate on what can do well, such as enforcing statutory salary minimums and establishing social safety nets, and ensuring that migrant workers are well-treated and have the tools to settle, integrate and build, instead of attempting to guess what the “right” number of migrants to the UK should each year and what specific jobs they can and cannot do.

While it is hard to predict future changes to UK Immigration Rules and, as previously mentioned, the UK government at present has no plans to expand or reform the seasonal worker visa, there are some causes for optimism that changes could be imminent. Liz Truss, the front-runner to replace Boris Johnson as Prime Minister of the UK in September, has stated that she would increase the number of visas available and the length of the visa if she were to become Prime Minister. This, along with intense lobbying from the farming sector to reform the seasonal worker scheme, would suggest that a change in policy towards seasonal worker visas is likely, in some shape or form. Those who wish to live and work in the UK and plan on making an application for a UK visa, should keep an eye on the status of temporary seasonal worker visas as the likelihood of reform is high at this moment and could potentially be a new opportunity for those so inclined.